In the past couple of days, many client sites have gotten notices from Google Webmaster Tools about being unable to access CSS and JS files.

The most widespread issue was blocking of wp-content, wp-includes and wp-admin in the robots.txt file. Googlebot is now smart enough to not crawl these items by default, so they can be removed.

The second issue we found was related to the Wordfence plugin. As of version 6.0.12 Wordfence includes a call to a dynamic script located in wp-admin, which is a default “Disallow” entry in the WordPress robots.txt file. Upgrading to Wordfence 6.0.14 or later will fix this issue.

Users of WPCmdCtrl are already covered and have the update 🙂

If you have a custom menu on your WordPress site, and you’ve found that after adding so many items, saving the menu will remove the last few items from the list. This will generally happen if you have many sub menu items.

The main culprit is the “max_input_vars” PHP setting. By default this is set to 1000, which limits your menu to ~75 items. I’ve seen some hosts set this to 500, which gives you ~35 items before things start getting chopped off.

If you have the ability to edit your site’s php.ini file just add or modify the following line:

Virtualmin is a fantastic (and free!) alternative to cPanel. It gives you a nice web interface to easily add hosting for many sites on a single VPS or dedicated server.

By default, Virtualmin will setup Apache for your webserver, which is Ok, but not great. Thankfully, Nginx is available as a supported add-on. However, in the default setup, WordPress permalinks do not work correctly.

There are quite a few tutorials around on how to fix this, and they all amount to:

This does involve some file editing on the command line, but it only happens once. After that, all of the hosts you add will be automatically setup for pretty permalinks.

Login as root, or sudo and edit the following file in your favorite editor:

Jump down to line 247, and you’ll see the following:

Right below that (before the “&flush_config_file_lines();” line), paste in the following:

Now try to create a new virtual host. If you’re not presented with any error messages congradulations! Every site you add now will automatically be setup for pretty WordPress permalinks!

If you have a webpage with a very tall background image applied to your body element, Mobile Safari will try to show the entire image on the screen. This is different than desktop Safari and not what is expected to happen.

Thankfully, there is a one line change to fix this:

Change the values to match the pixel dimensions of your image and viola! The background is displayed correctly.

Here’s what I’ve been using since I’ve started using Pinboard, which is close to Alex’s solution but only one line:

This does not create separate yearly folders for the backups, and the output is in JSON, but those are easy changes if that’s your preference.

I have this set to run daily with a “@daily” crontab schedule.

Here’s a quick demo of a Pinterest style interface for eBay auctions. 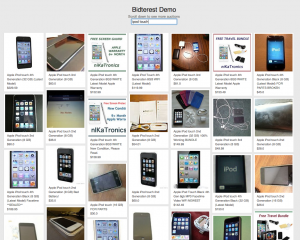 WordPress get a lot of, somewhat deserved, bad press in regards to being able to stand up to large amounts of traffic. Especially on your run of the mill, everyday shared hosting.

Even on some VPS or dedicated hardware, people have had trouble keeping WordPress from falling over. There are some very simple fixes you can do to your server to make it almost bulletproof.

The below benchmarks were all run on a base 256mb Hudson Valley Host unmanaged VPS running Ubuntu 11.10 which is currently only $9/mo. This VPS has “burstable” memory to 512mb and 8 CPU cores.

I have used the following setup for all tests except where noted:

The above command will send X number of simultaneous requests to the test URL for 1 minute.

Let’s get a simple baseline with 50 concurrent requests.

As you can see from the “Transaction Rate” line, we were able to serve up 30.01 pages per second [1], which by itself is pretty nice. But we can probably crank up the concurrency more. Let’s try 100 requests per second.

Ok, this is statistically the same as the previous result. We’re going to say that 30 req/sec is our “all motor” limit.

This is where most sites that fall over are stuck. Basically Apache can only output 30 WordPress pages per second, if the server starts getting more than that, things get backed up. 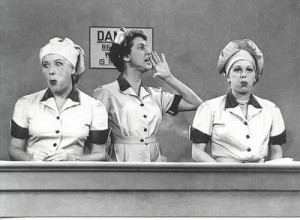 And what happens when Apache gets backed up? It starts spinning up more processes to deal with the load. If you take a look at the snippet from the /etc/apache2/apache2.conf above, that is not the Ubuntu default. Hudson Valley Host was nice enough to put some sane defaults in there. This is what comes as default on most Ubuntu installs:

The big issue is the MaxClients value. MaxClients is basically the number of processes Apache will spin up to deal with the incoming traffic. Each one of those individual processes uses memory. On my default install, each process was using about 16mb of memory, or a maximum total of 160mb. The above configuration will use up to 2400mb or over 2gb of RAM. As you can see, that’s a whole lot larger than the 256mb we have available on this server. It’s bigger than pretty much any affordable VPS and that’s just for Apache processes! If left like this, any decent amount of traffic will come along and kill your server. This is usually the case when people blame WordPress for not being able to handle traffic[2].

How can we fix this?

Apart from changing your mpm_prefork_module settings so your server doesn’t kill itself (and you should do that as step 1), there are a few quick changes you can make to your server. We’ll start with the easiest (and least effective).

Basically when Apache gets a request for a page on your blog, it fires up a PHP process, PHP takes the human-readable WordPress code and compiles it to something the server can then run and then that talks to MySQL, etc etc. This happens every time a page request is made, and this is horribly inefficient. What APC does is save the compiled version of the WordPress PHP code, removing that step from the process. Thankfully, that’s one of the slower parts of the whole chain. It’s enabled just by running this command (either via sudo or as root):

That’s it! The results from just this tweak, with the same 100 requests per second?

Holy crap! That’s more than twice as fast! It’s like getting a second server for free! There is more speed available in there though…

This is a free plugin available from the WordPress codex. Basically this plugin acts similar to APC except instead of saving the compiled version of the PHP script, it will save the HTML output of the page, bypassing the PHP to MySQL to PHP exchange. With Disk caching Apache will barely even talk to PHP and just serve up the cached HTML by itself.

There’s tons of options in here, but we’re only going to worry about the first page. I tend to disable the preview mode just so I can make my changes “live” right away for testing.

Note: Not all VPSs are created the same. Some have horrible disk I/O, some have over subscribed RAM that’s partially host swap, etc. Test the various settings to see what works best for you.

No bad! We can also stuff the cached files directly into APC (Page cache: APC, DB: APC, Object: APC). This is a bit more CPU intensive, but if your host has horrible disk I/O, this maybe your faster choice.

Ok, what if we crank our concurrency up more? Let’s say 250.

What the what? They’re LESS! Yeah, well Apache is starting to fall over here, and you can see that there’s some failed requests as well. That’s not good. Can we help poor Apache?

Nginx is pretty awesome. It’s a web server just like Apache, but very very fast. WordPress.com uses it, so it should be good enough for us. Now, if you’re just starting out with a fresh VPS, you’re probably better off setting up Nginx + PHP-FPM. We’re not going to do that here, instead we’re going to use Nginx as a caching proxy for Apache. There’s a bunch of tutorials about setting Nginx + PHP-FPM, we’re just looking to get some more performance from our Apache install with the least amount of work with the ability to roll back easily if necessary.

Basically Nginx will sit in front of Apache. If it can serve up a file it will, if not, it will hand the request to Apache and then save the result for future requests.

Replace /etc/nginx.conf with the following, changing your worker_processes to no more than the number of CPU cores you have:

Create /etc/nginx/conf.d/proxy.conf with the following:

Create the following directories if they don’t exist and chown them for www-data:www-data:

Check your site, you should see your WordPress homepage!

So what did all this work get us? The following is at the same 250 concurrency setting that choked Apache above, but with W3 Total Cache not enabled yet:

Just shy of 550 requests per second! That works out to 1,425,288,960 requests per 30 day month. Again at almost 0 CPU. Granted, we’ll run out of our allocated bandwidth long before the month is over, but we’ve tackled the issue of WordPress falling over.

PhoneGap is a great framework for building native iOS, Android, etc apps with just HTML, CSS & JS. However, there is a slight misconfiguration in the way PhoneGap sets up new Xcode projects, and this will not allow 3rd party analytic packages to work correctly.

Services such as Flurry and Tapjoy require you to add a bit of code into the “applicationDidFinishLaunching” section of your AppDelegate file (located in your Xcode project -> “Classes” folder -> “APPNAMEAppDelegate.m”). However, this code never actually gets executed. Below is how to setup your AppDelegate to work correctly.

First, you’ll need to include the framework’s files into your Xcode project. Follow the specific instructions from the provider as these may change from library to library and from version to version.

Second, open up the AppDelegate.m file in the “Classes” folder for your project. It’s easier to do this while in Xcode.

Next you’ll be removing a block of code and replacing it with a new one.

And that’s it! Command-S to save your file and you should be fully integrated with your 3rd party analytics package.

Updated June 14. Added results for W3 Total Cache using Disk Enhanced caching only at the request of Frederick Townes, author of W3 Total Cache. I ran tests with both “gzip” and “gzip and deflate” settings.

This is a 512mb VPS from prgmr.com

The following command line was used. The -c and -n flags were modified during different runs as illustrated below.

Click for full version
There was no -n 10000 -c 250 run for WordPress with no cache, as it would’ve taken very long and no further information would be gained.. Updated
Raw Data
50 Concurrent Requests